Restless Earth is a permanent installation at the National Museum of Scotland, produced by ISO. The installation explains the tectonic forces placed upon the earth, through a series of films projected via a PufferSphere display — an internally projected spherical screen. The films had to be designed to perfectly match with no joins when projected, creating a large, constantly rotating glowing Earth.

My work as researcher included researching and producing the content for the installation and designing some of the animations. 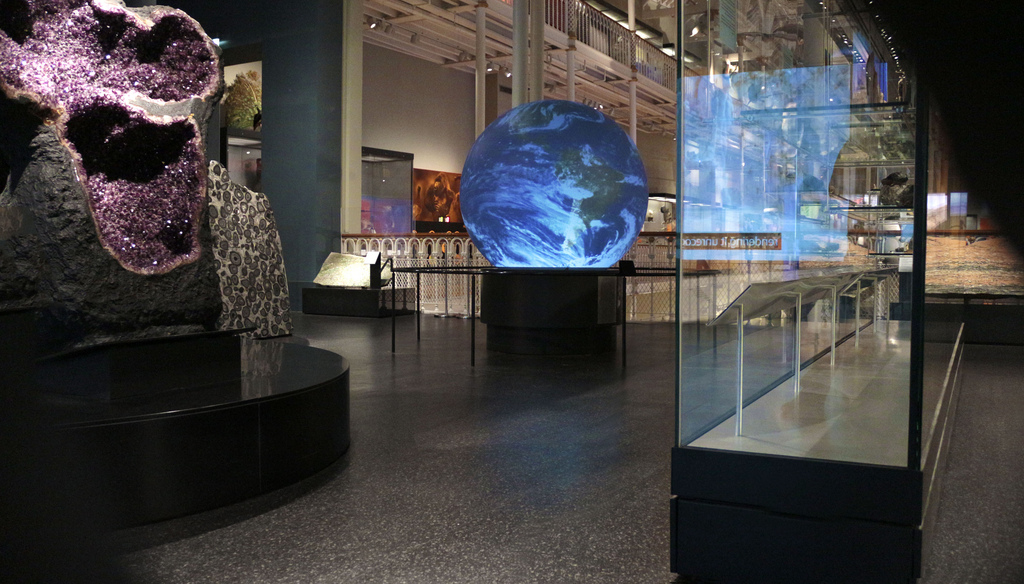